EPISTYLIS as a disease of Barramundi 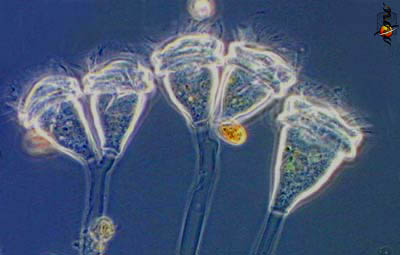 After six weeks, however, I was simply reinstated as if nothing had happened. Mr M Smith has been sacked.

In that short time my close friend, Mr P Smith, had taken over my job and managed to kill at least 5 tonne of barramundi under the astute skills of Mr M Smith. These so called private consultants had ordered feeding rates to 4% per day. A clear case of NFI. (no fucking idea)

Madness!!! In the form of toxic total ammonia as 'trained aquaculturists' maintained pH levels at 7.5 to 8.

My RAS Aquaculture future had sailed into the rocks, wrecked completely with 75 disease riddled C-Boxes.

And, now surprisingly, my job to fix. Yes, a limousine was sent to my house with instructions to request and pled my immediate presence at Cumminscorp.

The private consultants had totally destroyed 6 months work in 6 weeks.

The disease they blindly cultivated was unknown and undocumented in Australia.

In twenty five years of fish culture I have never seen or heard of anything so bazaar in its destructive nature.

The potent combination of epistylis, which is normally fairly harmless, and Aeromonas hydrophila which, is observed under high magnification as a jittery type motile black spot, could literally strip all the scales off a barramundi in 3 days.

The scales clogged the filters and overflowed the tanks while the fish were still alive. The poor creatures took about 6 days to die.

Yes it was possible to save some, with constant doses of antibiotics it was an impossible task on such a large tonnage of fish. 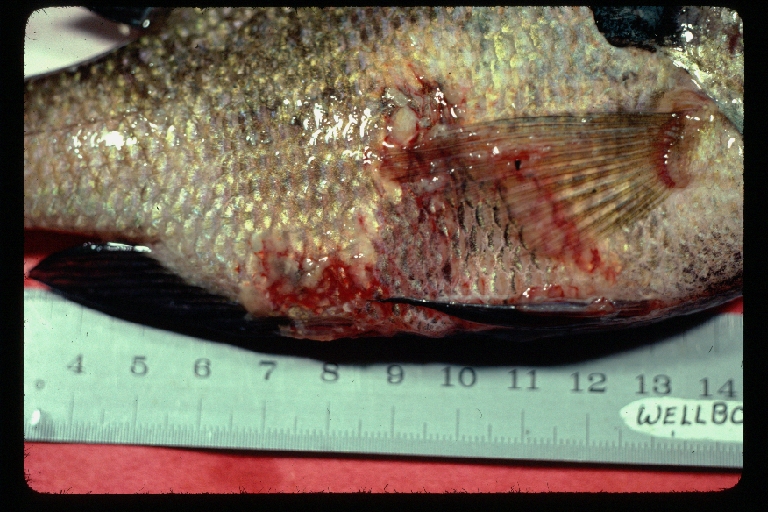 (from Google Pics) all my records were confiscated

I was reinstated to fix the problem. What a bitter irony.

We started out using maximum dose rates of highly toxic formalin to bring the pathogens under control. But within 3 weeks the maximum allowable dose rate had no effect. We had used over 100 liters of liquid formalin by this stage. 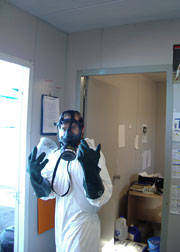 This is how we suited up to administer the dosage of formalin. Scary stuff.

We had to improvise. Firstly, I devised a chemical plan to develop and administer high doses of copper sulphate for 2 hours and then neutralize the toxicity. The actual details can be obtained by emailing the author.

The old fella at work

Such a tragedy it was indeed. Technicians filled tub after tub with dying fish.

We worked hour after hour with dead carcases and scales damming and over flowing tanks faster than we could remove them.

The emotional strains were high on staff moral as we all continued to deal with dumping live scale-less fish into skip bins.

As a team the staff of the aquaculture park did eventually get the disease under control but inadequate filtration designs allowed it to return again and again.

No lessons were learnt and no ears were listening. There were fundamental flaws in the way Cumminscorp did business.

And now, as Director of Aquaculture, I did try to solve the aquaculture issues from inside the company.

In RAS Aquaculture, filtration is the entire deal. The game is won and lost on how successfully you deal with the issues of filtration.

Aquafarmer's own POD RAS designs may not look like rocket ships on the launch pad but then again, nature has been successfully filtering waste water for a very long time.

Why mess with perfection?