Whiting, A Breakthrough in Aquafarming Potential: 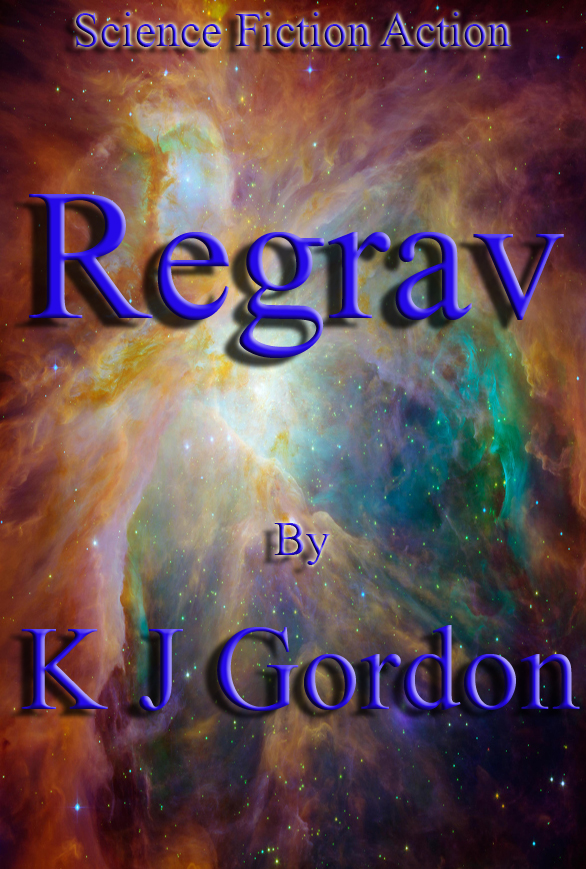 In all published aquafarming, there has never been a species which ticks so many boxes for direct commercial application to aquatic farming.

Whiting has a consistently high Australian demand and considerable markets exist through the Indo-Pacific Region.

Without doubt, Whiting is an overlooked culture species for aquafarming. Indeed, our initial culture trials point to Whiting as being an extremely competitive option for coastal prawn farming in Queensland and New South Wales, possibly extending into Victoria.

In Queensland the species used are commonly refereed to as, the Winter Whiting and the Summer Whiting. Aquafarmer is proud to freely publish its initial research findings carried out, on both species, at Coral Coast Mariculture. 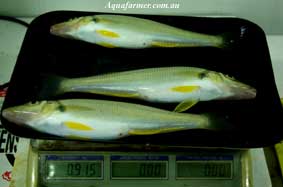 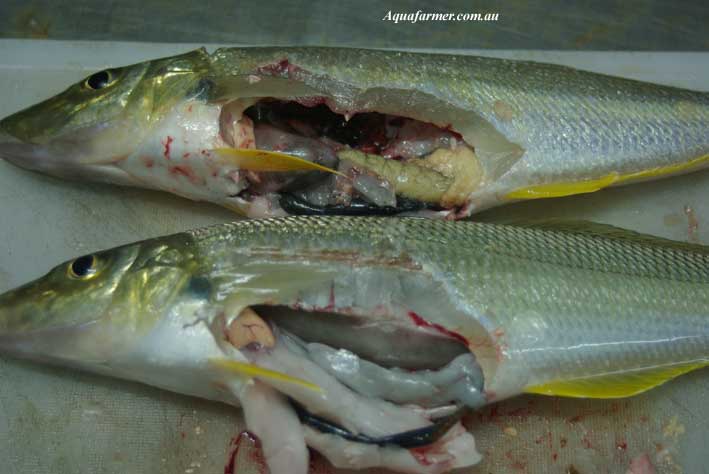 High Fecundity (all year round breeding)

Commercial Aquafarming is quite possible from Northern Queensland down into Victoria

No Processing Required - Can be, iced and boxed as whole fish or value added for export

Very High Commercial Growth Rate ... (From larvae to 350mm or 150grams in 12 months stocked at 150,000 per 4 hectare pond, unfed with no added zooplankton technology. An astounding result, indeed an unheard-off result in aquafarming. Even absurd farm mismanagement can be profitable.)

Lastly, and if you have farmed any fish species you will appreciate this, cormorants find them very difficult to catch. 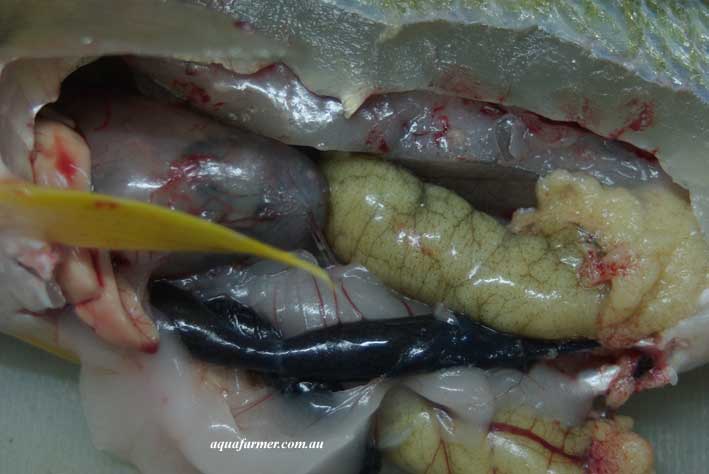 (Aquafarmer bred these fish in Novemeber 2010. It is an Australian First for unfunded aquafarming research. The most important point here is the high quality of the liver) 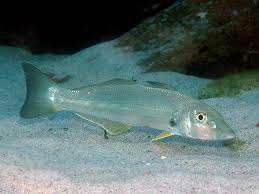 Last November (November 2010) Aquafarmer completed research and trials into commercial protocol procedures for the breeding of Whiting as a food source for Coral Trout Culture. Aquafarmer has shown Whiting can be bred and nursery cultured 'all year round'.

Whiting were researched in search of a suitably sustainable feed source, as part of the Coral Trout work being privately undertaken by Aquafarmer. The commercial breeding protocol for Whiting was successfully completed. Interestingly, the results of the follow up trials discovered something exciting.

Both larvae and fingerlings, from the hatchery trials, were transferred into 4 hectare ponds for trial growout. In total, 1.3 million larvae were bred and successfully transferred to ponds during a 3 week period. Prior to that aquafarmer researched the technique for approximately 6 weeks. Hatchery management, broodstock, live feed production and spawning were carried out by Kel Gordon. Broodstock were wild caught by two local fisher people, James and his lovely wife Linda. A special thanks for their conscious and considerable efforts.

In total, 150 broodstock were used, several of which were spawned more than once during the trials. In total the first 5 spawnings were unsuccessful. The next 4 recorded 100% fertilisation. Both species were successfully spawned. And there are several unique and interesting traits which identify the two species during early larval stages. These will remain private information as they greatly assist with successful transfer from hatchery to pond culture. Successful transfer is an important key in the culture.

Both species can be bred separately, or together with no apparent hybrid production. A point of extreme personal interest, for it's hidden potential.

The results are just being confirmed and are quite staggering.

For Example: Pond No 5

Pond 8 is 4 hectares in surface area. It was stocked with 150,000, 3 week old larvae in late September 2010. Water depth was 0.5 meters. Any available fertilisers were added to try to maintain colour in the water. No technical expertise was applied. No aeration was used during the entire trial. Water temperature varied from 15 to 27 degrees C.

In August 2011 the average size of the fish was found to be 320mm and weighing approximately 150 grams. Anecdotal evidence of bird activity and personal observations indicated significant survival. Information supplied by staff at Coral Coast Mariculture.

Imagine the results if the crop had been managed.