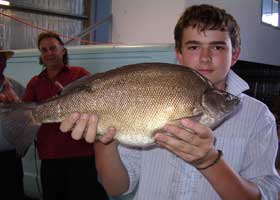 Broodstock were maintained in several ponds within 50 km of the hatchery. The Broodstock total was aproximately 400 fish with 2 distinct body shape variations. One short fattish body and the other being longish and slender in appearance Generally the shorter fish grew better and were used for commercial farm orders mainly because they tended to be wider with a thicker fillet.

Records were kept on the transfer and identification of different batches so as to maintain a healthy genetic pool.
Broodstock were usually naturally in spawning condition from November until the end of February although they could be conditioned in the hatchery in mid winter. Two seasonal spawning runs were possible 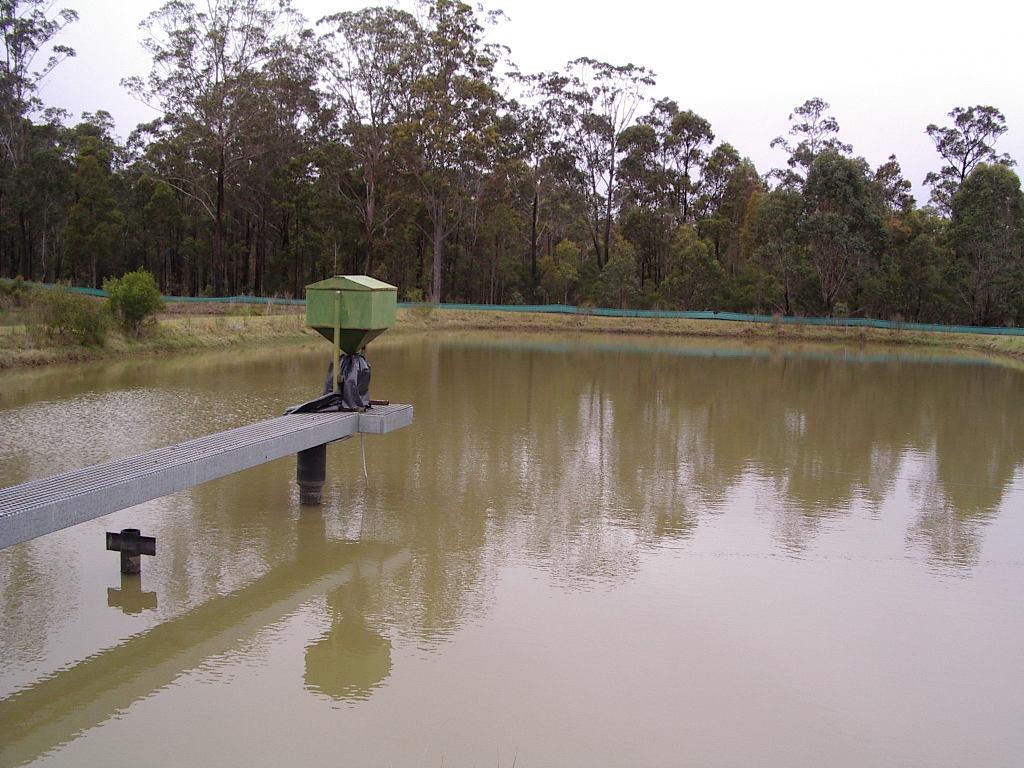 Using 120mm mesh gill net usually between 3.30 and 7pm.
Fish were immediately cut from net and sedated with cove oil at 7 drops per 60 litres with aeration. Visual examination confirmed spawning potential of both males and females.
Fish were removed to the transporter tank in a sedated state.
Back at the hatchery fish were again heavily sedated (4ml/1000litre) and a sample of eggs and sperm taken by glass pipet. 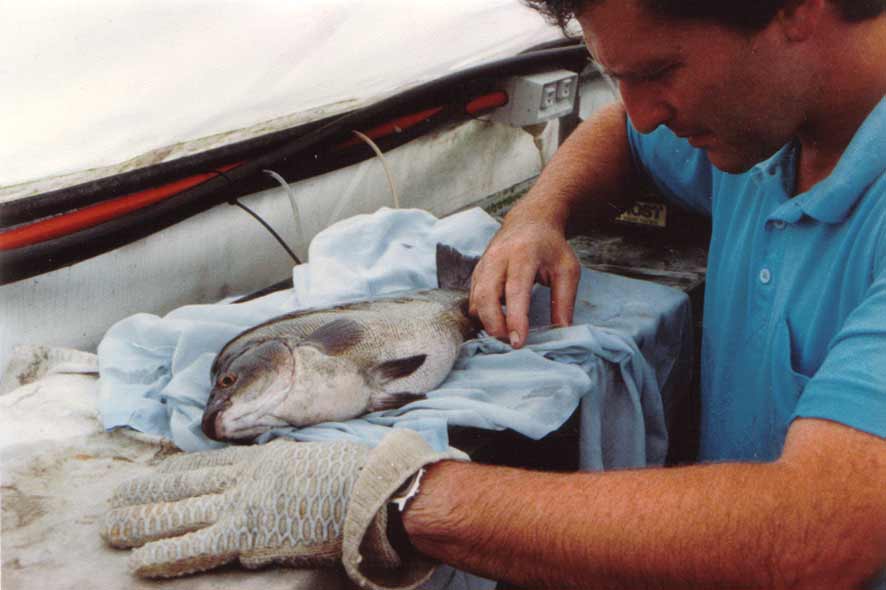 Hypophysation (HCG/LHRAa Injection Process)
If eggs were opaque and not clumped (stage II maturation) the fish was weighed and injected at 300iu/kg.
Sperm was examined for motility (about 1 per season is non-motile)
Injection time was approximately 9pm. (9pm + 36hrs = 9am)
Males were given a 50% dose injection. But usually males express quite freely.
1 male and 1 female were placed in 1000 litre oval tanks with high aeration and no water exchange.

Spawning
Spawning occurred 36-42 hours later at 24-260C.
Spawning time was noted and eggs removed 1 hour later (water hard) by dip-net scooping method.
The eggs were rinsed and volumetrically counted. Average count was 9-13 eggs per 0.2mls, which averaged 55,000 per litre. With 3-3.5 litres per 2kg female.
Fertilisation was usually better than 95% assessed 12 hours after spawning. Commence filling ponds at confirmation of fertilisation. 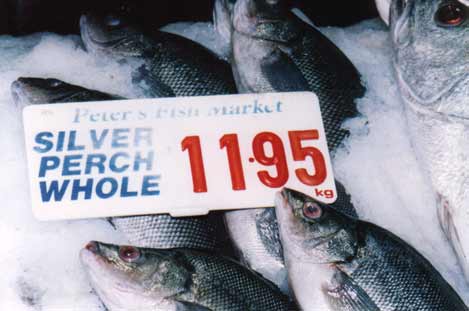 Larval Rearing
Hatching and larval tanks consisted of 200litre plastic barrels with 1 litre of eggs maximum and vigorous fine bubble aeration. (but not too aggressive) No water exchange over 3-5 day pre-feeding larval period.
At jaw function/yolk sack absorption, larvae were siphoned and or scooped and concentrated into outdoor ponds (25,000 larvae/0.25Ha/25-40% survival) or transferred to 1000litre recirculating tanks for 3-4 weeks of nursery rearing. They immediately feed on fine dust formulation. However growth was retarded significantly but once released into ponds 4 weeks later survival percentage was usually better than 70-80%. Like most larvae they are extremely sensitive to being handled and dip netting will kill them instantly.

Broodstock Recovery
Spent broodstock again sedated with clove oil and injected with 1 Chloromycetin dose (3mg/500g) if damaged. Broodstock were kept in tanks for 3-4 days and then again sedated and returned to broodstock ponds. Spawning mortality was variable and undefined.

For a detailed Spawning Format for Silver Perch, contact Kel Gordon at